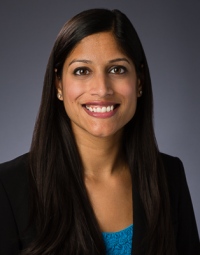 Anita Gupta is a staff attorney based in Austin, Texas, where she focuses on policy work in Texas at the local and state levels. This includes developing and cultivating local partnerships with community-based organizations, elected officials, and law enforcement agencies to advance immigrant and criminal justice policies throughout Texas and developing unique legal strategies that support those policies. She serves as an expert and thought partner to community based-organizations and local government officials on issues related to the intersectionality of immigration and criminal justice, such as SB4, 287(g) and other policies that impact immigrants in Texas locally. Anita also contributes to the ILRC’s Attorney of the Day program, practice manuals and advisories, and webinar trainings. Prior to joining the ILRC, Anita worked in private practice in Austin, specializing in removal defense and humanitarian-based immigration relief. She also worked at American Gateways, one of the largest immigration legal service providers in Central Texas. Before moving to Texas, Anita was a staff attorney in the Immigrant Legal Defense project at the National Immigrant Justice Center (NIJC) in Chicago, where she represented low-income immigrants in a variety of matters before the Chicago Immigration Court, USCIS, and ICE. Anita has extensive experience with several types of immigration cases, including asylum, cancellation of removal, waivers, adjustment of status, family-based petitions, DACA, U-visas, VAWA, TPS, naturalization, and more.

Anita obtained her Bachelor’s Degree in International Studies and Political Science from the University of Wisconsin-Madison, and she earned her law degree from DePaul University in Chicago. During law school, Anita participated in DePaul’s Asylum and Refugee Law clinic, and she interned at the Legal Assistance Foundation and the National Immigrant Justice Center. Anita is admitted to the Illinois bar, and she serves on the executive board for the South Asian Bar Association of Austin. She speaks Spanish.