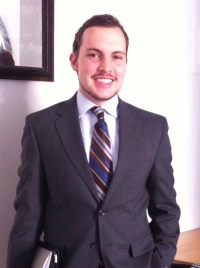 Andrew joined the ILRC in May 2019 as a Staff Attorney focusing on immigrant youth issues. Prior to joining the ILRC, he worked at Staten Island Legal Services representing clients in a variety of affirmative and defensive immigration matters. Previously, Andrew worked at the Unaccompanied Minors Program of Catholic Charities Community Services in New York, representing detained and released unaccompanied minors in removal defense.

Andrew received his J.D. from the Georgetown University Law Center, where he participated in the Center for Applied Legal Studies Clinic. Andrew earned his B.A. from the University of California at Berkeley, where he majored in Political Economy of Industrial Societies. Andrew is admitted to the bar in New Jersey and New York. He is fluent in French and Spanish with some knowledge of Italian, Portuguese, and Arabic.