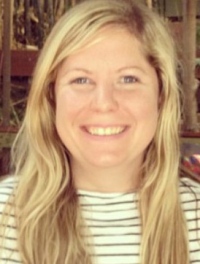 Bridgit Meads joined the ILRC as our Publication Sales Associate in May 2018. Prior to joining the ILRC she worked at several nonprofits including the Commonwealth Club of California, Berkeley Rep Theatre, and the University of San Francisco. She also worked as a news writer and producer for several news stations on the West Coast for more than a decade and is a graduate of the University of Oregon where she studied journalism and political science. She is originally from San Diego, but spent many years in the Pacific Northwest, and now loves living in the Bay Area.