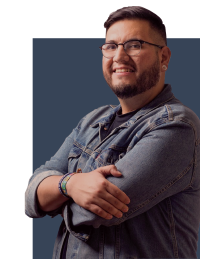 Juan Prieto is a digital strategist and graphic designer based in Oakland, California. An immigrant from Mexicali, Mexico himself, he works to implament narrative shifting strategies in the context of crimmigration for the emerging world of digital communications. Juan's comprehensive understanding of the ways the digital space can be used to cultivate transformative change began when he was first targeted by far-right extremists after writing a series of opinion pieces for the New York Times.

Juan holds a B.A. in English Literature from the University of California, Berkeley.