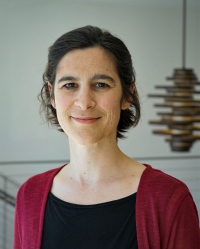 Lena Graber is a national expert on the role of local police in immigration enforcement and the use of ICE detainers.  She has spent more than a decade supporting organizers and lawyers around the country to fight unfair and often illegal detention of immigrants, and to push for pro-immigrant local policies. Lena spearheads ILRC’s national work combatting immigration enforcement and providing comprehensive advocacy resources and trainings to the immigrant rights movement. In the last several years, Lena has written and consulted on local and state-wide sanctuary policies in dozens of states and trained hundreds of organizers and policymakers to better understand and dismantle the machinery of detention and deportation. Lena joined the ILRC in 2013, and she has co-authored several ILRC publications including Motions to Suppress: Protecting the Constitutional Rights of Immigrants in Removal Proceedings; FOIA Requests and Other Background Checks; DACA: The Essential Legal Guide; and Parole in Immigration Law.

Lena graduated with honors from the George Washington University Law School, where she served on the journal for International Law in Domestic Courts. She earned her B.A. in history from Wesleyan University. Lena is a member of the California bar and she speaks Spanish.