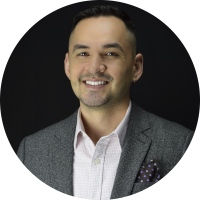 Manny Guisa began working with the ILRC as the Development Coordinator in July 2017. He plays a key coordinating, administrative, creative, and logistical role in helping to carry out current and long-term fundraising strategies. As an immigrant from Mexico, Manny is deeply passionate about bolstering impact for the under-served and often looks to channel creative skill-sets toward supporting fundraising initiatives and programmatic endeavors.

Before joining the organization, Manny worked with A Better Chance, a national educational-access organization, whose Northwest Region is based in Oakland. He has also done work in health support, program development, and community organizing.

Outside of his role with the ILRC, Manny enjoys photography, graphic design, documentary filmmaking, and anything related to the outdoors. Manny holds a B.A. in Film & Electronic Media and a Minor in Sociology from California State University, Long Beach.