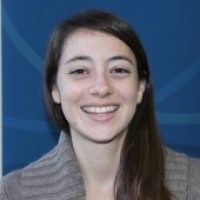 Rachel is one of ILRC’s staff attorneys based in San Francisco. Rachel focuses on immigrant youth issues, including unaccompanied minors and immigrant youth in the juvenile justice and child welfare systems. Rachel provides technical assistance and trainings to immigration and state court attorneys, social workers, and judges. She works on statewide and national policy that affects the rights of immigrant youth and is frequently consulted for her expertise in Special Immigrant Juvenile Status. Rachel co-authored the ILRC’s publication Special Immigrant Juvenile Status and Other Immigration Options for Children and Youth.

Prior to joining the ILRC, Rachel represented detained and released unaccompanied minors in removal defense and led a project focusing on Special Immigrant Juvenile Status at Esperanza Immigrant Rights Project in Los Angeles. While at Esperanza, Rachel also performed "Know Your Rights" work in southern California immigration detention centers for minors. Previously, Rachel worked as an associate at Paul Hastings, LLP and volunteered as a Child Advocate for unaccompanied minors.

Rachel earned her law degree from the University of California at Davis, where she was a member of the Immigration Law Clinic and worked on complex deportation defense cases and detention issues. She received her undergraduate degree from Westmont College, where she double-majored in philosophy and political science. Rachel is admitted to the bar in California. She is conversant in Spanish.