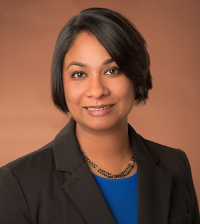 Prior to joining the ILRC, Sameera was the Advocacy Director at the National Domestic Workers Alliance where she led the organization’s legal team, anti-trafficking campaign and immigration policy work. Previously Sameera served as the Director of Policy and Campaigns at Rights Working Group, a national coalition addressing racial profiling and other human rights violations affecting communities of color in the US. Sameera was also a Senior Staff Attorney with the Legal Momentum Immigrant Women Program, where she advocated for policies supporting the needs of immigrant survivors of gender-based violence.

Prior to that, Sameera represented individuals in various immigration matters at the Immigration Law Unit of the Legal Aid Society of New York and she began her legal career at Safe Horizon, representing survivors of human trafficking and domestic violence.