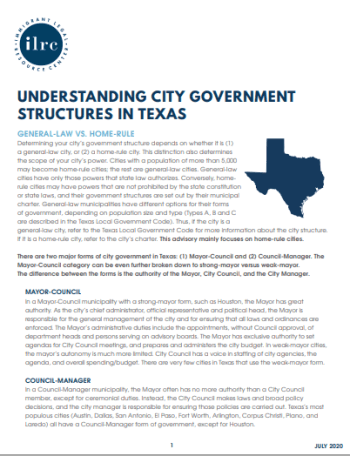 Crimes
Enforcement
Before pushing for change at the city level, it is important to understand your city government’s structure, as well as the responsibilities and powers of elected and appointed city officials, such as the Mayor, City Council, Police Chief, City Attorney and City Manager. This resource is for Texas advocates and explains the differences between the two major forms of city government in Texas, the powers of important city officials, and how various forms of city government affect the roles of those officials. 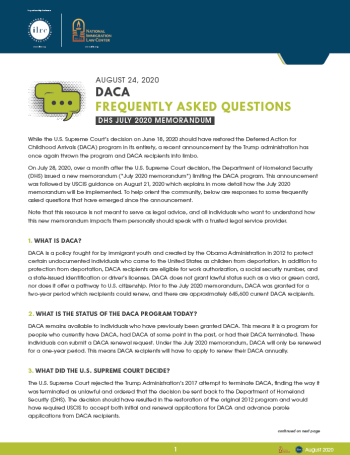 Community Resources
While the U.S. Supreme Court’s decision on June 18, 2020 should have restored the Deferred Action for Childhood Arrivals (DACA) program in its entirety, a recent announcement by the Trump administration has once again thrown the program and DACA recipients into limbo. This resource goes over frequently asked questions to help orient the community of this new change with DACA program. 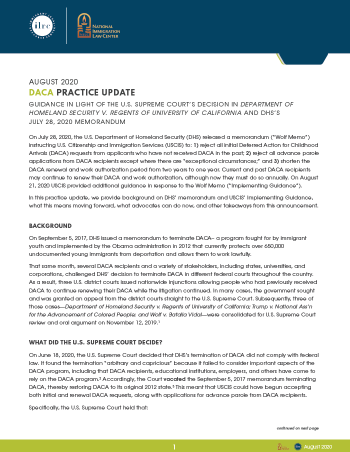 DACA
On&nbsp;July 28, 2020, the U.S. Department of Homeland Security (DHS)&nbsp;released a memorandum&nbsp;instructing&nbsp;U.S. Citizenship&nbsp;and Immigration Services (USCIS)&nbsp;to: 1) reject all initial&nbsp;Deferred Action for Childhood Arrivals (DACA)&nbsp;requests&nbsp;from applicants who have&nbsp;not&nbsp;received DACA in the past; 2) reject all advance parole applications from DACA recipients except where there are “exceptional circumstances;” and 3) shorten the DACA renewal and work authorization period from two years to one&nbsp;year.&nbsp;This Memorandum was followed by USCIS additional guidance&nbsp;on August 21, 2020.&nbsp; 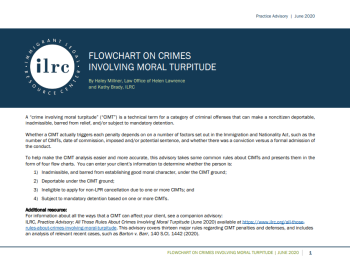 Crimes
Detention
Post-Conviction Relief
Removal Defense
U Visa/T Visa/VAWA
Penalties for crimes involving moral turpitude (CIMTs) are based on several factors, such as the number of CIMTs, date of commission, imposed and/or potential sentence, and whether there was a conviction versus admission of the conduct. The result is that determining whether a CIMT penalty actually applies can be quite complex.&nbsp; This set of four flow charts can be used to answer four questions about a case: is the particular person deportable; inadmissible or barred from establishing good moral character; barred from applying for non-LPR cancelation; or subject to mandatory detention, based on CIMTs? 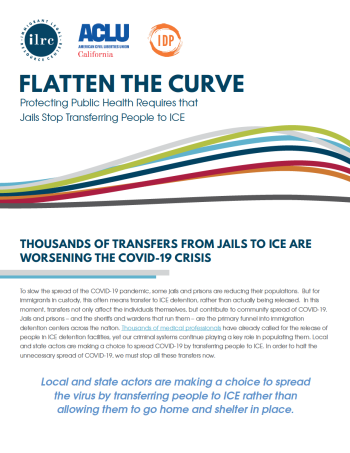 Detention
Enforcement
Jails and prisons are the primary funnel into immigration detention centers across the nation.&nbsp; Instead of letting people who are due for release from custody go home, jails transfer them to ICE. During this pandemic, these transfers to ICE not only affect the individuals themselves, but contribute to community spread of COVID-19.&nbsp; Local and state actors are making a choice to spread the virus by transferring people to ICE, rather than allowing them to go home and shelter in place. In order to halt the unnecessary spread of COVID-19, we must stop all these transfers now. The resource below is available with both a national and CA-specific focus.&nbsp; 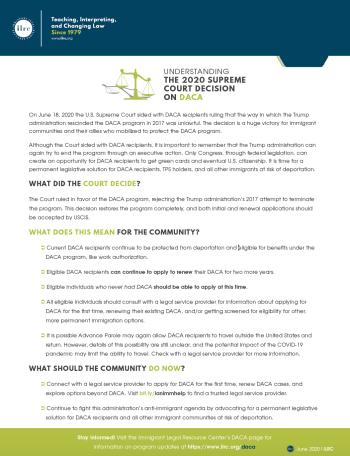 Community Resources
DACA
On June 18, 2020 the U.S. Supreme Court sided with DACA recipients ruling that the way in which the Trump administration rescinded the DACA program in 2017 was unlawful. The decision is a huge victory for immigrant communities and their allies who mobilized to protect the DACA program. 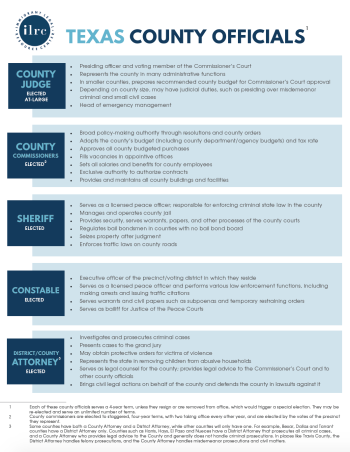 Crimes
Enforcement
Before pushing for change at the county level, it is crucial to understand the powers and responsibilities of different county officials and bodies. This resource is for Texas advocates and explains the authority and jurisdiction of various local elected county officials in Texas. 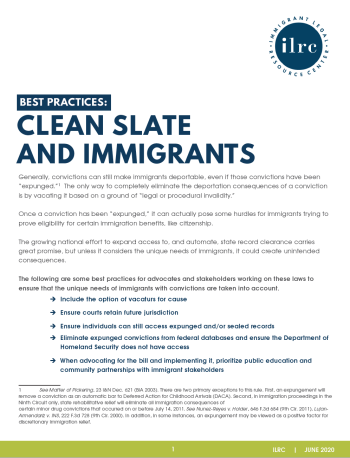 Crimes
Post-Conviction Relief
This resource outlines some best practices for advocates and stakeholders working to expand access to, and automate, state record clearance.&nbsp; 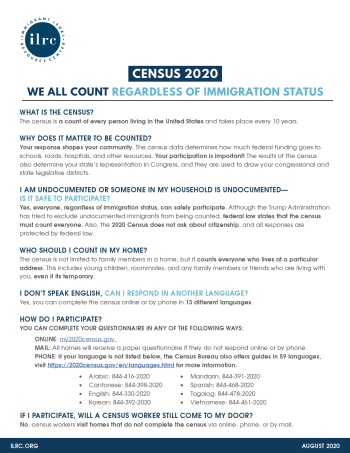 Census 2020: We All Count Regardless of Immigration Status

Community Resources
These printable resources are practical information and easy steps for the immigrant community to follow when completing the 2020 Census. They are in English and Spanish and include the various ways the census can be submitted. 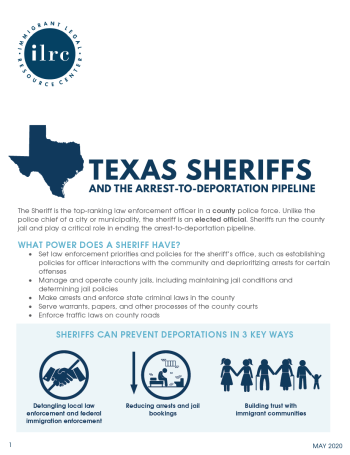 Texas Sheriffs and the Arrest-to-Deportation Pipeline

Crimes
Detention
Enforcement
As a local elected law enforcement official and operator of county jails, Sheriffs play a critical role in ending the arrest-to-deportation pipeline.&nbsp;This advisory for advocates in Texas explains the power of county sheriffs, and measures they can take to reduce the number of people being funneled into the deportation pipeline, without violating state laws like SB 4.
Subscribe to FAQs &amp; Explainers